Not a lot to say about the film. Senseless comedy. Not preachy, though, so that’s great. A man gets raped and there’s some gay jokes in it. Definitely feels dated because of that stuff. In fact, the very premise of pick up artists couldn’t be a blockbuster movie unless they were beaten to death or 100% female pick up artists.

It’s weird rewatching films now that I’m “redpilled” because I realize how nihilistic and amoral they are. Even the inconspicuous ones. Like most romantic comedies, the characters are all selfish and only focus on their feelings. Disregarding any sacred oaths or promises, and the whole time the audience is okay with it because the bad guys are so one dimensionally evil you can’t possibly sympathize when they are betrayed.

Whatever. No big deal since this is just a comedy for the sake of comedy. Still weird seeing these actions get normalized. I was gonna’ write about how it encourages hypergamy, but the cliché of romcoms is that the rich guy is the one the lead female leaves for the starving artist type. Is “tummy feels hypergamy” a thing? If you contribute to the destruction of the family unit because of emotions instead of financial greed, is it any better? Should we shun the gold digger or the impoverished single mother more? Damn it. Why can’t I just watch a movie without these kinds of thoughts barging in? Damn redpill… Okay, ’nuff overanalyzing. This movie is 1 part obscene and 1 part humorous, topped with a Libertarian Vine Vaughn icing to complete the intellectual junk food package. Hits the spot! 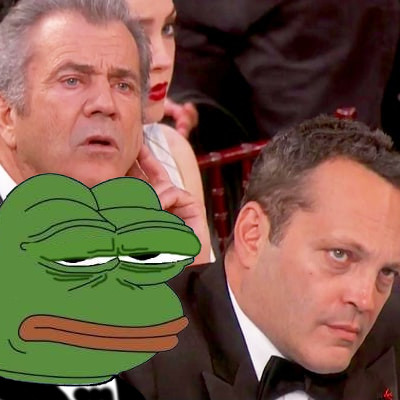 I had no idea the first time I watched it, but it turns out John McCain had a cameo for a fraction of a second. You’d prolly miss it too if you’ve never seen it before. I’m just wondering if it may have been a prank of sorts, and a dog whistle to let the audience know that the whacky politician family that the story revolves around, is a hyper conservative family. Guilty by association. Afterall, we’re all sexually repressed and violent. Who knows, though? Even if it is a dog whistle, I could give a rat’s a** because I’m so used to unnecessary, brazen, anti-Republican exposition jammed into films at the most absurd times, that this appearance didn’t phase me at all. Could also be because I hate McCain’s guts…

In conclusion, go ahead and take an hour or so to laugh at stupid sex jokes with little-to-no political agenda.