The anti-patriotism rating is maxed out because the entire movie is a critique of our Military Industrial Complex. If you identify with the paleocons more than the neocons that hijacked the GOP, then you won’t mind this critique because there are no jabs at soldiers or anything like that. And may I remind you that a Republican president is the one who coined the term “Military Industrial Complex” :

Even Laura Ingraham, a staunch defender of Bush throughout his presidency, has realized how the globalists have been screwing the American people from both parties for decades:

So, be sure to check out the film. It’s very redpilled. So much so, that the film addresses the most taboo of redpills, the JQ.

From The Guardian interview with the director, Todd Phillips:

“Dead Kennedys sang about it,” he says. “That’s what I grew up on. It’s such bullsh*t they sell people, that war is about protecting your freedom, but meanwhile people are making billions and billions of dollars. It’s like, ‘F**k this, the system is rigged.’ The system is set up for the rich to get richer and everybody else to stay where they are. It’s a really depressing reality, and the more you can shine a light on it through movies and articles and books, the better it is.” And besides, he says, “It just felt like, ‘Wouldn’t it be fun to do the 23-year-old Jewish version of Scarface?’”

He admires how ballsy the War Dogs leads were in real life. Despite their unscrupulous exploits, these two underdogs took on the government and, until they started cutting corners, won big-time. “To me the guys are heroes,” says Phillips. “The government knew that they couldn’t source 100m rounds of AK ammo in the middle of a drought after two Iraq wars. So they went to these two kids knowing they were gonna source it in a shady way, and as long as nobody knows, wink wink we’re cool. For me the film is an indictment on the US government and their process of procurement, and the guys are kind of awesome.”

So, the film is a Jewish Scarface. Okay. Cool premise. And yet another example of #OscarsSoJewish and how there’s an over representation of Jews in the media:

Except after digging into Todd Philipps a bit, it seems like he might be trying to make a point by poking fun and criticizing his own people as he’s known to do. Apparently he got Mel Gibson to do a cameo in “The Hangover 2” but the cast was angry about it so Mel’s role was swapped out. And it also turns out that Todd Philipps frequently cameos as a stereotypical Jew himself, and even wears the same “chai” necklace that Jonah Hill does in “War Dogs.” 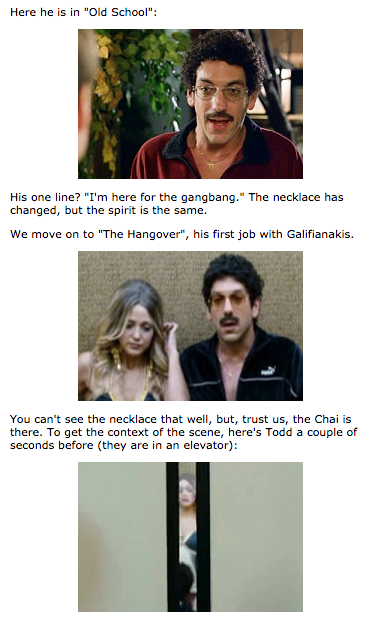 I guess the dry cleaner Jewish character wasn’t in the book, but I didn’t classify that as Affirmative Action since another Jewish character in the book (different real life partner) was omitted. So, not much of a change. Also the Latina wife was apparently based on the real life girlfriend of the main character. Besides, she looks pretty white to me. 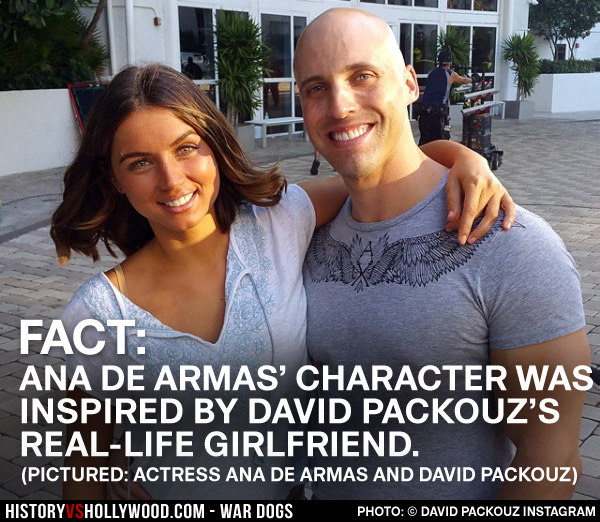 It’s worth noting, there are discrepancies between the two partners in real life and they are in legal battles over it, so take most of this with a grain of salt.

So is Todd a Jew who’s redpilled on the JQ? It’s not out of the question. There are several Alt Right Jews who love their people and yet still agree with the grievances that goys have. Perhaps that’s why Zach Galifianakis alluded to an inside joke they have where they say Todd is “the worst Jew in Hollywood.” Idk, I doubt it. To me it seems more likely that he is at most: an anti-Zionist, secular, Democrat Jew. And that any redpills about Jewish involvement in U.S. foreign policy was accidental. Realistically, he is just having some fun by satirizing Jews and their tendencies while mainly focusing on criticizing the American government.

Regardless of his motivations and intended subtext, I say go see the film and pay to do so! Very fascinating story.