‘Annihilation’ starring Natalie Portman had me excited, as it is the same writer and director that did ‘Ex Machina,’ an amazing film. Unfortunately ‘Annihilation’ did not meet these expectations.

Disregarding the poor scientific explanations (like a character turning into a plant because her DNA refracted like light through a prism, or a dying character’s voice transporting into a zombie bear’s vocal chords via the same refractions…WTF?), the entire premise was based on nonsensical feminism. The biggest government secret in the history of the world is immediately revealed to Portman’s character, solely because her husband was involved. The person who reveals this top secret information is the on site Psychologist (another female). These two team up with two other females, a paramedic and a scientist of some sort. The second line out of the paramedic’s mouth is her hitting on Portman’s character, because lesbians.

The reason they created this team of four females was because the previous groups were comprised of men (all of which never returned).  Obviously the most rational decision is to give untrained, random women top secret government information, hand them each an automatic weapon, and send them into an unknown and highly dangerous area.

The movie luckily has some redeeming qualities, for instance, the only person that used the machine gun correctly was Portman’s character, who they explain was in the Army. The females also mostly behave like untrained women would behave if they were dropped into an unknown forest full of monsters.

In reality, I think the movie was most likely a metaphor for what people want in life, as they mention each woman is ‘broken’ in some way, looking for something.  But this doesn’t excuse the ridiculous scenario of sending four untrained, non-government affiliated females into a highly dangerous and untrodden territory, just because they’re women. 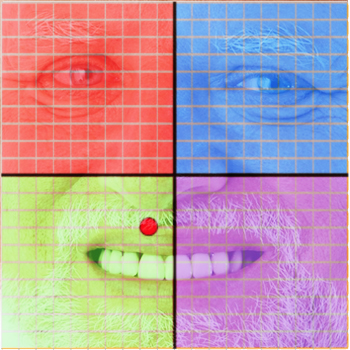