This one was much better than the last one as far as character depth and chemistry. Also they replaced that last chick with a funnier more personable actress. Which, apparently was due to pregnancy but could be due to other reasons kept secret for publicity’s sake. Like asking for too much money, or not being a crowd favorite. Anyway, some feminist news site complained: 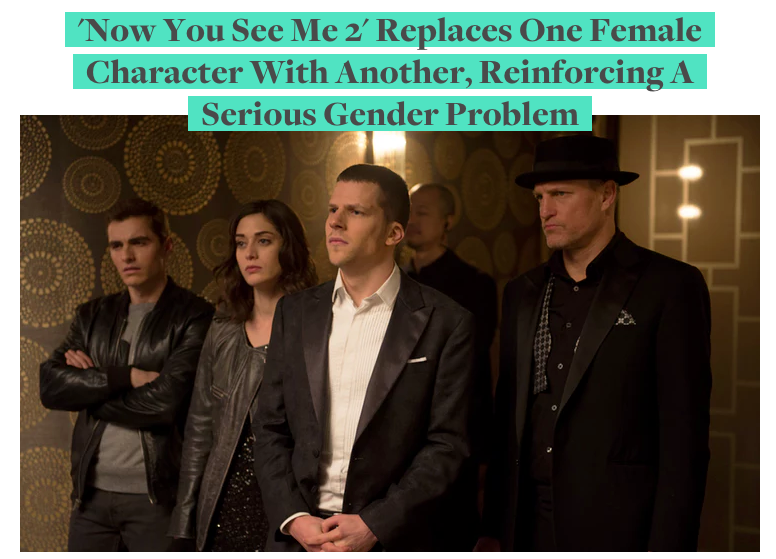 When I see that stuff I think what I’m doing is equally as stupid. But dammit, they make us play the identity politics game. Their insane intolerance is why Hollywood continues to escalate its propaganda. Studies show that despite the media portraying us as the most intolerant, rightwinger, white men are actually the most tolerant towards other political views: 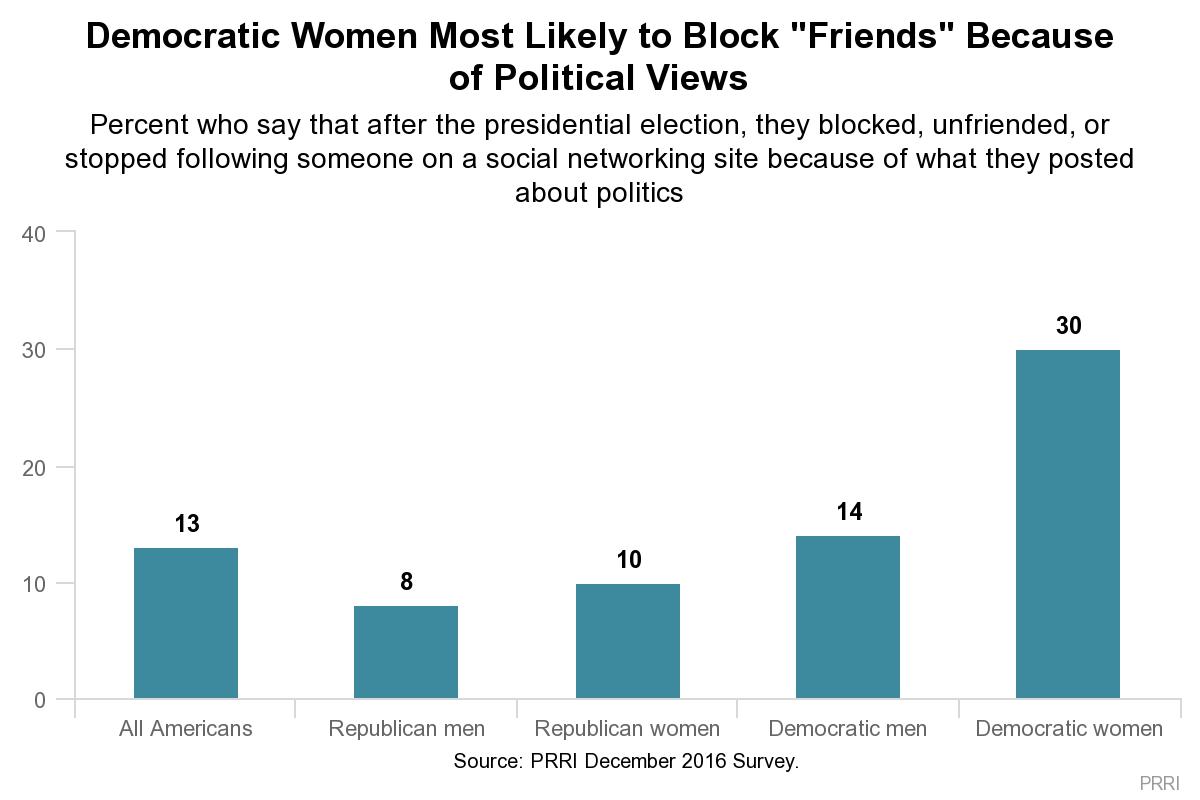 We shrug it off. They protest. For that reason alone, you should boycott this film. To let Hollywood know that we’re sick of them catering to China and bitter spinsters. I have nothing against China, and even lived in Taiwan for a bit. It’s just that if we don’t take a stand, we will continue to see movies push “diversity.” Not true diversity. But anti-white casting. More and more Chinese protagonists and white men as bad guys.

So, yes. The virtue-signalers nitpick no matter what and now I do the same. :/ I noticed that the main chick had a few “empowering” one liners and gender role reversals at the expense of the white men. But the feminist site noticed there were too many men in this film. I, on the other hand, noticed that the police chief was upgraded from black man to a black woman this time around.  And that like most movies nowadays, China played a crucial role in the plot. A good 2/3rds of the film takes place in Macau and Mark “Crazy Liberal Loon” Ruffalo (a.k.a. reason #2 to boycott this film) even speaks Mandarin. Grrr….

Anyway, all the same things I said about the 1st film apply to this one as well. Except they just added a bit more “diversity”, feminism, and even a slight jab at god: 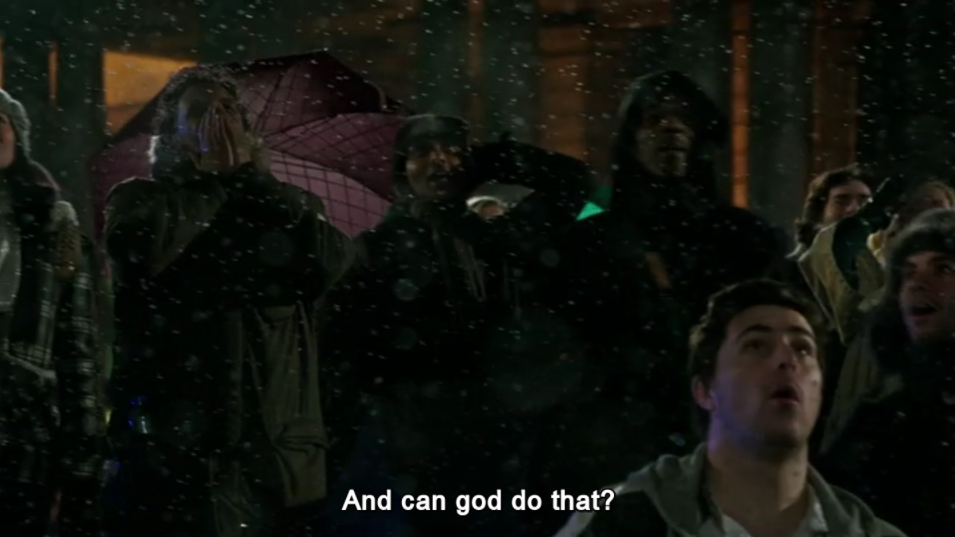 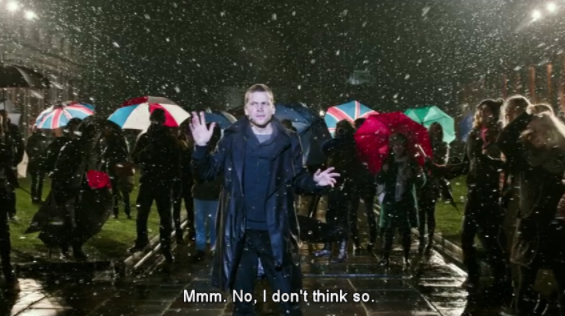 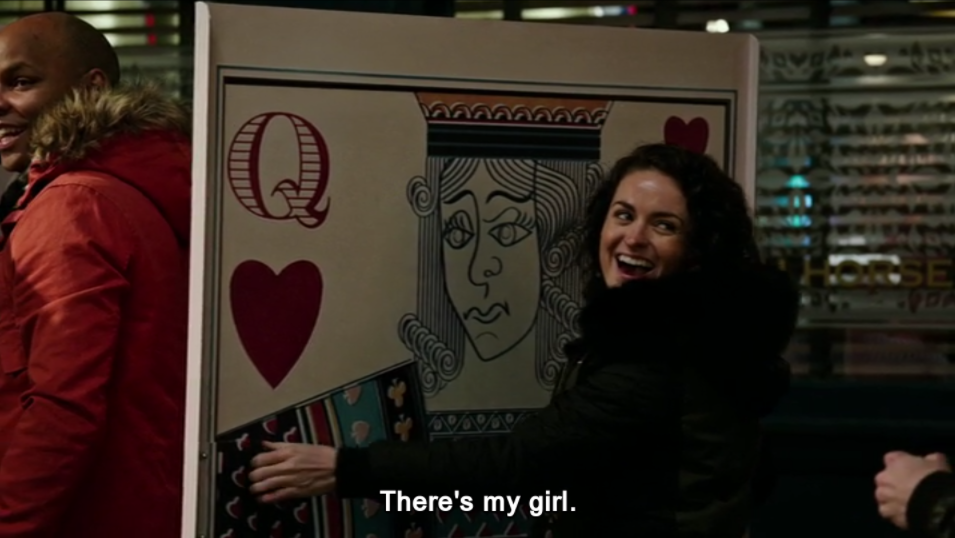 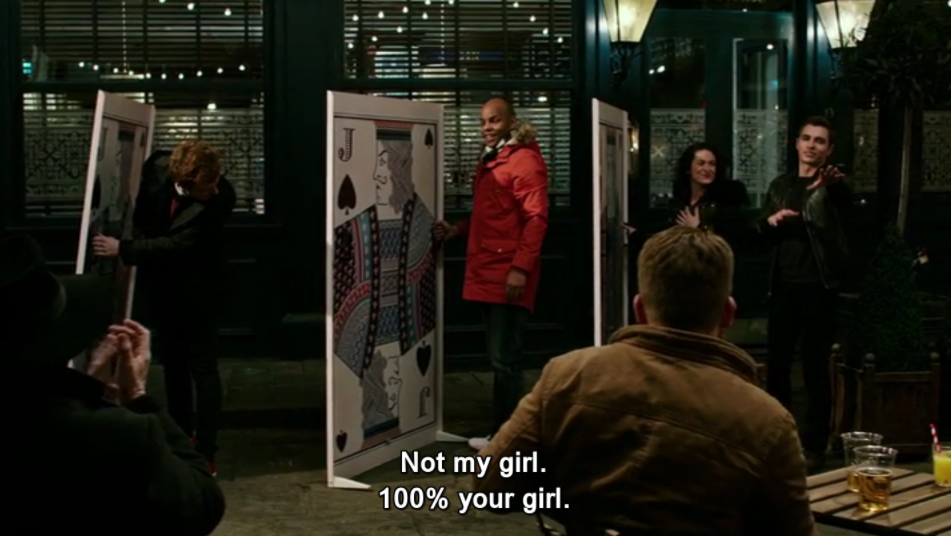 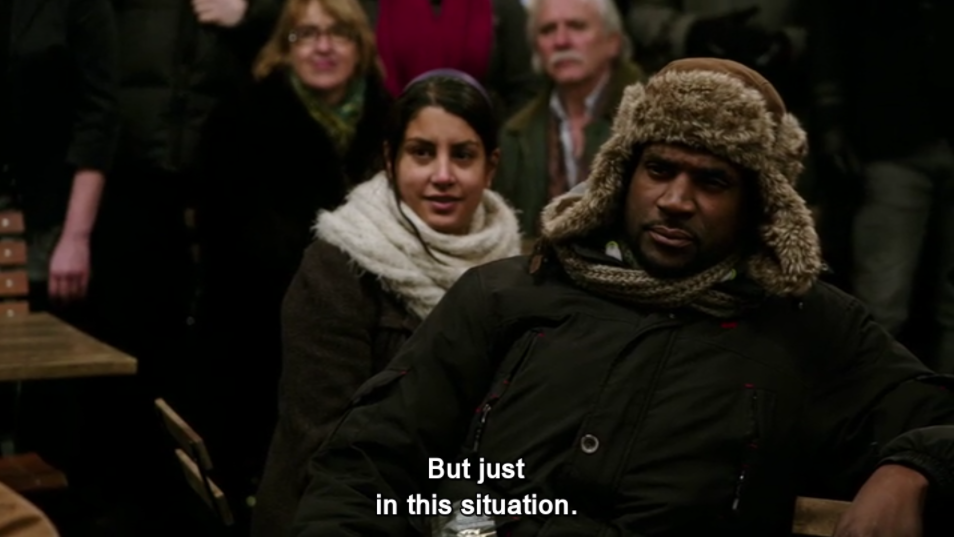 To be honest, I’d suggest watching the film, though. It was pretty entertaining. Nothing mind-shatteringly fresh, but for a lowest common denominator action movie, it was pretty clever. It may be just another super hero movie, but using magicians instead and having an “Ocean’s Eleven” angle made it bearable. Creative enough to sit through, methinks. But just like the first film, there were some cheap plot twists that don’t really seem justified. It just felt like the writers’ room trying to come up with the best possible way to shock the audience, even if it didn’t make sense for the characters/continuity. Rest assured, there’ll be some plot devices that explain it away in the 3rd film, but still…

TL;DR Watch the film if someone else wants to, pay if you must, but be warned there’s lots of Chinese influence felt throughout and Mark Ruffalo is a central role.