For those of you that are reading these reviews/rants chronologically, I’m beating a dead horse. My bad. It’s just that, when taken at face value, the premise of this site goes against everything I stand for, so it’ll take some time to get used to. But as I’ve stated in other reviews, the nitpicky nagging hags, (as seen in the pic above), have forced us pro free speech shruggers to play identity politics too. Thankfully, you have this site to help! We’ll stoop to their level and point out all the “problematic” elements so you don’t have to. You can continue shrugging but with a helpful guide to know which films to skip or not. ^_^

Anyways, the reason I say that right-off-the-bat is because the first thing that stood out to me was this movie’s “sexist” portrayal of the father figure. He’s a doofus.

On the brightside, the grandfather is venerated and there’s really no feminist undertones other than the dad bashing. Sadly, all of the alpha male types are bad guys/d-bags, but this is more of a reflection of the direction our society is going than feminist agitprop, IMHO. More adolescent males than ever can now better relate to the awkward beta male fumbling over his words with a complete lack of confidence. To be fair, this is nothing new; teenagers have always felt angsty and out of place. Super Man was boring because he was too great. So they added Cryptonite. Which is why Spider Man was such a success: realistic, relatable, yet heroic and pithy. Except nowadays it seems like today’s characters are getting a lot less Spidey and a lot more Petey.

But which came first: the chicken or the egg? The fruitcake writers with daddy issues or the safe space triggered millennials? ? As Ben Shapiro says in “Primetime Propaganda” it’s a debate of how transformative v.s. reflective art is:

“Liberals in Hollywood tend to believe that their shows are not transformative of the audiences who watch them—rather, they say, they are reflective of prevailing realities. These creators and executives see themselves as documentarians of inarguable truths, not propagandists attempting to change hearts and minds.
This may seem bizarre to those of us who have actually met people who live in Alabama or Texas or Kansas and have a different take on life than those who sip lattes at the Coffee Bean & Tea Leaf in West Los Angeles.”

“While most liberals believe that their programming reflects reality because it reflects their reality, some liberals are more cynical. Some know that their programming is transformative but cite ‘realism’ as a defense to their proselytizing agenda. David Shore, creator of House, scoffed at such attempts. ‘I think there’s a knee-jerk reaction from people to some extent to say, “It’s just reflective, it’s just reflective, you can’t hold me responsible” from people within the industry,’ he said. ‘That’s a cop-out because . . . we’re also thrilled by the fact that we’re touching people’s lives.’
Shore’s assessment is right on the money. Television affects Americans whether we like it or not. And here’s the bottom line: Television reflects those who create it and transforms everybody else. If the creators are liberal—and they are—that liberalism will have an effect on Americans. Television acts as a magnifier for television creators’ liberal life experiences—those experiences now become the basis of a prevalent element in American life. Liberals’ reality becomes our reality.”

Ben Shapiro also goes on to explain how the degeneration of the family unit, accompanied with marketing departments targeting specific demographics within the family, (e.g. MTV for teen girls, HBO for dads, etc.), exacerbates this vicious cycle of transformative v.s. reflective.

There is good news, though. The relentless push by deconstructionists and post modernists has now made things go full circle. There’s a growing movement and a pendulum swing back towards tradition. So, if you can get passed the father bashing, this movie is full of #TradLife imagery. And the character development of the protagonist could even encourage your fruitcake son(s) to be more manly like Grandpa was.
(｡•̀ᴗ-)✧ 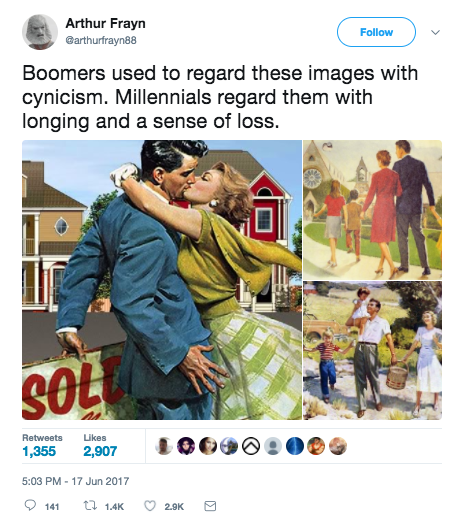 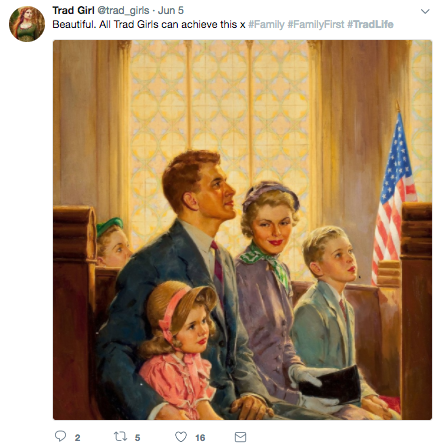 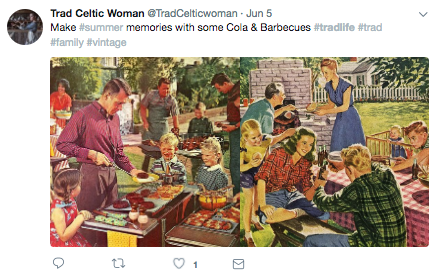 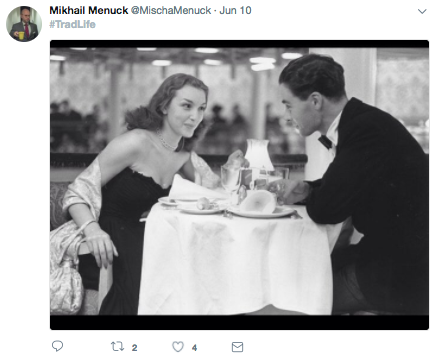 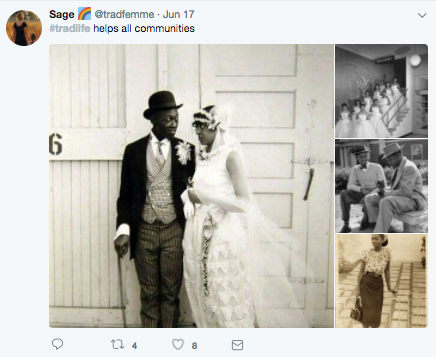 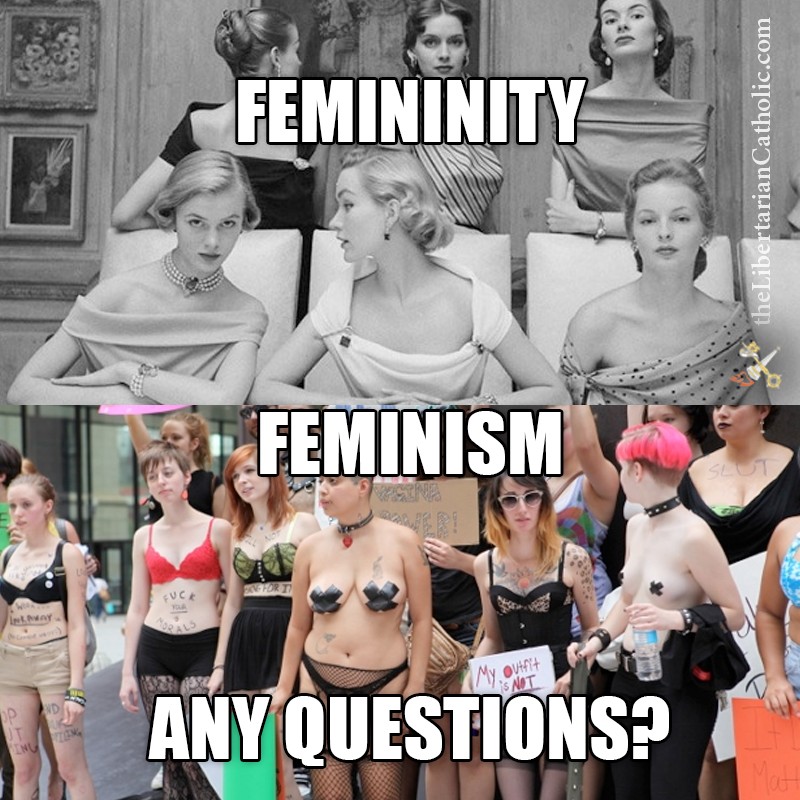 This movie is basically X-Men but with a woman instead of Professor Xavier, so you could interpret some of her lines as being an empowered female putting a man in his place. Or that they glorify the single mother figure head of the household v.s. the evil patriarchy. But it’s a stretch. This movie was very tasteful in the feminism department.

But with an X-Men parallel, comes the same cliché civil rights analogies. Only that, unlike the illegal immigrant mutants metaphor in “Logan,” this one is about Jews in the 40’s. Oh well. Almost all white cast except for the bad guy who was black. Which btw, caused quite the uproar among cultural marxists. So for that reason alone, you should pay to see this film. Even if it wasn’t that great of a film. Just to get the message across that audiences will respond well to films without affirmative action/revisionist history. And especially because Tim Burton was so open about this in interviews as he nonchalantly dismissed SJW’s. You may have noticed the 1/2 point “Affirmative Action” rating. Ironically enough, Samuel L Jackson’s character was actually white in the book and another character in the book was turned into a woman. ¯\_(ツ)_/¯ Let’s take what we can get, shall we?

Aside from political stuff, and as far as the actual film goes, you can read any of the other reviews for an in-depth analysis. But just briefly, I’ll say that this was scarier than Tim’s usual films so you should probably only let your older kids see it. I’m not sure what happened though; maybe a producer noticed this halfway through production, because the beginning of the film has a completely different tone. It went from eerie and somber to suddenly slapstick and upbeat. The villains even became a bit cringey, like something from “Goosebumps” or Arnold Schwarzenegger’s pun spewing role in the 90’s Batman movie. Needless to say, this sudden shift in gears wasn’t pulled off as well as Ryan Gosling’s artsy farsty “Drive,” but at least it will keep things lighthearted for the kids you do let watch it.

Other than that, the film lacked deep meaning, and some parts were clearly rushed from the book. But it’s so visually enchanting that I recommend it. You will be entertained from start to finish and there’s no politically enraging message. And who knows? Maybe the sequels will be better and worth investing time into. 100% support this film!