The “anti-patriotism” rating is not because it’s anti-American, but because it’s the same-old same-old borderline socialist crap. You know, the evil businessman trope.

Not much to analyze in this one…

Iuhnno, lotta’ white people for a change. That was nice. But of course, like with all Hollywood films, they wait until the climax to inject maximum diversity and feminism.

Overall, “Ready Player One” was pretty entertaining. Probably because the male lead wasn’t a total f**got. The overabundance of strong female characters didn’t detract from his heroism. Pretty rare nowadays. *cough* Lookin’ at you “Force Awakens” *cough* Although, if you know anything about #GamerGate and gamer girls, the way the heroines were portrayed may be off-putting for you. After all, it’s not just physical differences that require gender-segregated competitions:

Not a big deal, though. Suspend your belief and pretend you’re only watching the outliers. The part that’s harder to ignore is the way they try to makeup for having 2 white leads romantically involved with each other, by shoving in a bunch of diversity and women extras jammed in whenever they could. Similar to what they did in “La La Land” as well as “The Martian” and “Snowden.” Like clockwork, too. Always in the capstone.

Check out this super knowledgable, nerd girl leading the research team, coming up with epiphanies and lecturing the fat white leader. 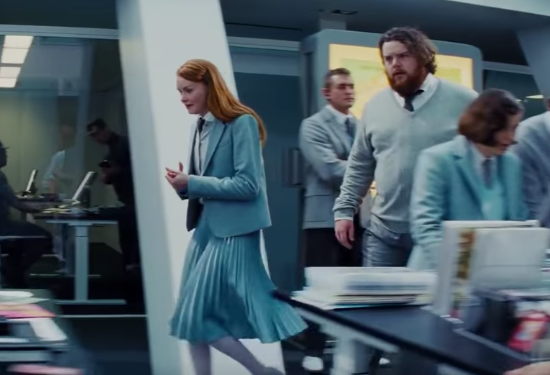 Or how bout this group of 60% )))non stereotypical((( lawyers? Looks like they just finalized the paperwork necessary for seizing farmland.

Honestly, the casting wasn’t so bad; still a surprising amount of whites.
It just feels like those carefully chosen crowds that stand behind politicians. 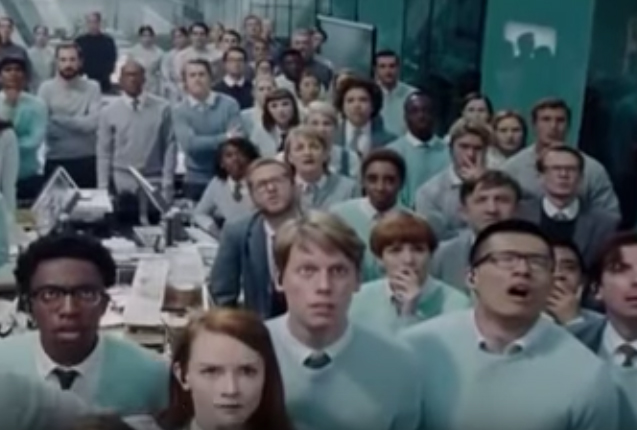 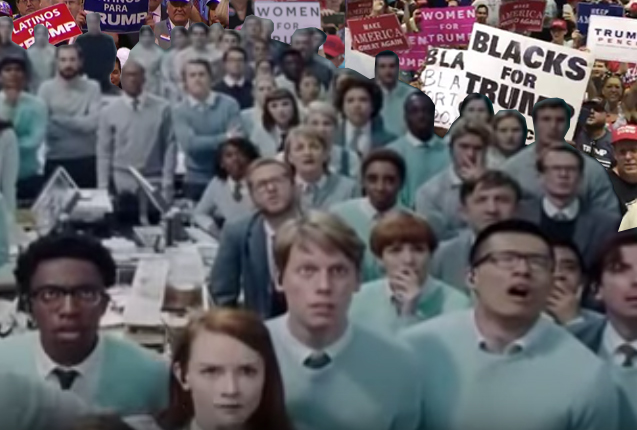 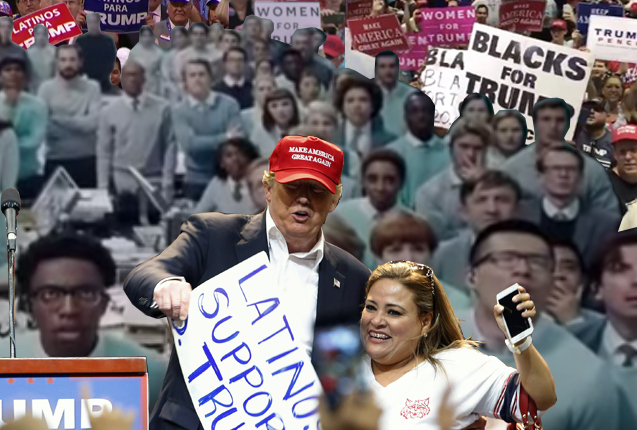 Oh, and the other reason the film got “anti-patriotism” ratings was because the protagonists’ parents were stupid rednecks with mullets. Yup, the Go-To demographic to sh*t on in movies, (next to Russians of course).  But fret not, ‘cuz the main character found a better family online in the form of an intersectional, ragtag crew. And together these colorblind proletariat took down the ruthless, bourgeois businessman!

Meh, everything above is just nitpicking.

Go see the film if you’re in the mood for CGI action. The 80’s nostalgia genre is getting stale, but it sure as hell beats Super Hero movies, no? Pay if you must, I’m not violently opposed to it. I only discourage paying because of rumors about Spielberg and because the multicultural casting choices were apparent enough to distract from the film.