I remember briefly seeing a trailer for this film in passing and thought it was a horror film. Within the first 10 minutes it seems pretty dumb and goofy until you realize that it’s a dark comedy. They lower your expectations from the get go and every scene afterwards gets compoundingly more clever. For example, it starts with the easy one liner phrases that the lowest common denominator will get like the antagonists saying “dumb redneck” and the protagonists saying “snowflake.”

But eventually the dialogue gets into open-to-interpretation stuff like the revisionist tortoise & hare analogy that pointed out how Right-Wingers are so used to being in the upper echelons that they have rested on their laurels and are now being cucked by the tards.

Loved the Kill Bill homage and having a tig ‘ol bitty blue eyed blonde as the lead was awesome even if there are unintentional feminist undertones that must come with a twig beating people up. But it’s a somewhat slapstick comedy and her backstory explains her bad ass-ness away so relax.

Oh and Dennis from Always Sunny was great it in this and I had no idea he was in it. Only briefly though. To be honest, the film was only a 3/5 star film, but as a super biased Right-Winger I fell in love with it. But even if you are a Centrist the way the plot evolves will likely win you over by the time it’s over. The bias against liberal elites was clear but there’s enough self-deprecating jabs at us conspiracy theorists, White trash, and Fox News Boomers to make it bearable for moderate lefties too. 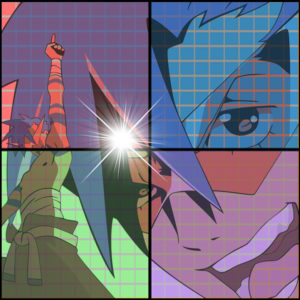 Latest posts by Neo Feudalist (see all)
Sharing is caring: