It goes without saying, but if you are 100% convinced that he’s a traitor with no redeeming qualities, then you should skip this film. He is, afterall, the protagonist and things are dramatized to make him seem heroic. If you were on the fence, as I was, when I sat down to watch this film, then I highly suggest it. The movie does a great job of exploring this philosophical dilemma, while also making Snowden’s case. As Ben Shapiro frequently repeats, “Two things can be true at once.”

Perhaps, Snowden did American citizens a favor by exposing the overreach of the State, while also committing treason and harming the lives of American servicemen abroad. Furthermore, we’re given a false dichotomy over and over again: “Which would you rather? Terrorist attacks & privacy? OR safety & no privacy?” (－‸ლ)

“That’s why the National Security Act of 1947, creating the CIA, expressly prohibited the agency from engaging in domestic operations. Now we have to spy on Americans because of all the imported Tsarnaevs and Zazis. We have created two huge problems where none existed before — domestic terrorism and government spying — all to help the Democrats win elections by changing the electorate.

Not only do our post-1965 immigration policies create an unemployment problem, not only have they massively increased the crime rate, but now all Americans are being asked to give up their civil liberties to fulfill Teddy Kennedy’s dream of bringing the entire Third World to live right here in America. (And vote Democrat!)

I’m not trying to convince you Edward is a hero, (especially considering his Soros connections), but in order to enjoy this film it is ESSENTIAL that you are at least open to the positive aspects of his whistleblowing. So you ought to probe all the differing opinions on him once again now that things have died down a bit. When Snowden’s leaks first dropped, opinions were extremely polarized, but as you can see in this clip, both sides found some commonground when given time to reflect:

Another thing that’s essential to enjoy the film, is the ability to put yourself in his shoes. You can still judge him and think he’s a POS at the end of the day. But Oliver Stone and Joseph Gordon-Levitt really focus on his personal life and give its romance as much screentime as the leaks. The alternating storylines help add variety and keep the pacing. But they also achieve the film’s biggest goal: to humanize this figurehead and force you to empathize with his stress, paranoia, and the pressure looming over such a historical decision. You watch his character alter overtime from a hardcore patriot to a more skeptic dissident. (This linear transformation was exaggerated/simplified for the big screen of course; his views have always been scattered and he has been a Ron Paul supporter since at least 2008. Nevertheless, what he experienced in the field shaped his views today and make for a good chronicle.)

Hindsight is 20/20 and it’s easy to say he should have handled things better. But what would you have done differently? Really. How do you think you’d have handled things in the heat of the moment? Facing those what-ifs in an intimate way is worth seeing the film in-and-of-itself.

Besides, Snowden doesn’t seem like such a bad guy when you start thinking about the pardoned freakshow that is Chelsea Manning, and the magnitude of danger “zir” unleashed onto our servicemen…
( ͡° ͜ʖ ͡°)

Another point addressed in the movie is the downplaying of domestic terrorism in comparison to a government with too much power. It portrays the NSA/CIA as more concerned with the long game of preparing a counter to the possibility of a super power like Japan or Russia attacking us. All of this seems reasonable to me, but it’s obvious Oliver Stone is trying to validate Edward’s actions. Don’t worry, though. The film keeps all of this fairly subtle and doesn’t get preachy. They even criticize both Obama and Bush somewhat evenly.

The only thing that reminds you of the liberal bias in media is the pinch of affirmative action thrown in towards the end…  Remember, it’s based on a true story. That means the equal outcome liberal fantasies are minimized in the script, but the director will still get yelled at for not having enough diversity, so they inevitably sneak in some 1984 type history “edits” wherever  they can.

Thankfully, cultural marxism hasn’t soiled our society so much so that they’d cast an African American to play Edward Snowden, but it seems like they are inventing black people to inject into the plot. In the beginning, it’s realistic. A black drill sergeant, CIA agents, whatever. All things that probably happened in real life. But towards the end, (like with most movies thesedays), they start throwing in more and more. And even if it’s an insignificant role, it’s gotta’ be an honorable one. For example, a no name military drone pilot has to be a black woman. Okay. Fair enough. I’m sure there are some in real life. Why not? But one of the geniuses Snowden gets paired with is an Urkel type. And just like with “The Martian,” the black nerd plays a crucial role in the climax of the film. And guess what? Both actors are also rappers in real life.  ? 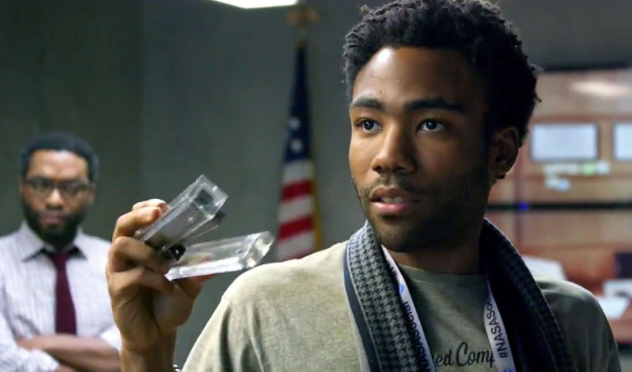 “‘Man, why does every black actor gotta rap some?’
I don’t know, all I know is I’m the best one”

I went to the IMDb page and noticed that they only added “(as so-and-so)” to black characters. ? 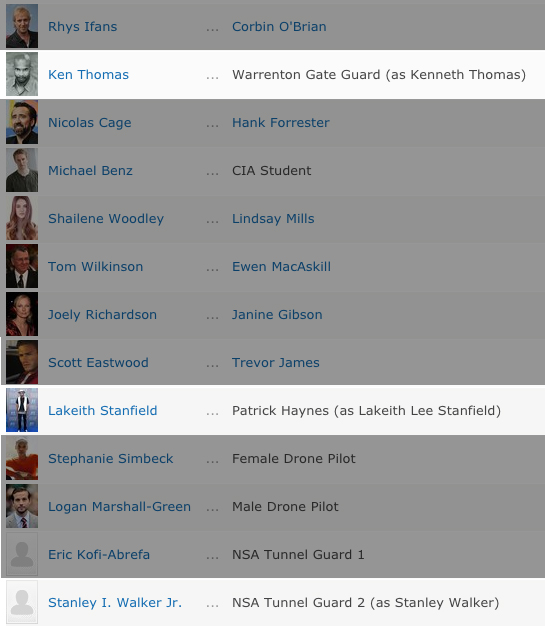 It’s not that every black actor had this next to their name, but everyone with this next to their name, happened to be a black person. Perhaps this is for legal purposes to avoid libel laws? Maybe it’s just the actor’s choice and it’s a coincidence? I donno. Just speculation. But I tried and couldn’t find anything on the real Patrick Hayes… I think the racists in Hollywood blackwashed history again.

I first discovered Hollywood filling the gaps of “based on a true story” movies with POC when I saw “The Big Short.” Same thing. It’s all a bunch of white people in real life so they had to invent things to appease the disillusioned “equal outcome” audience members. So sure enough, the climax of that movie also depends on the help of a totally bad-ass black chick, Kathy Tao. (Nice Asian name… (ಠ_ఠ?) I searched everywhere, and couldn’t find anything on her either.

Pretty sure Patrick and Kathy are as fictional as the rapper scientist is in “The Martian.” If anyone can prove me wrong, please do. Being red pilled is exhausting… :/

Another minor criticism, is that the antagonist of the film is a bit cliché and melodramatic. Not as one dimensional as James Cameron’s bad guy, but a bit cheesy like ’em: 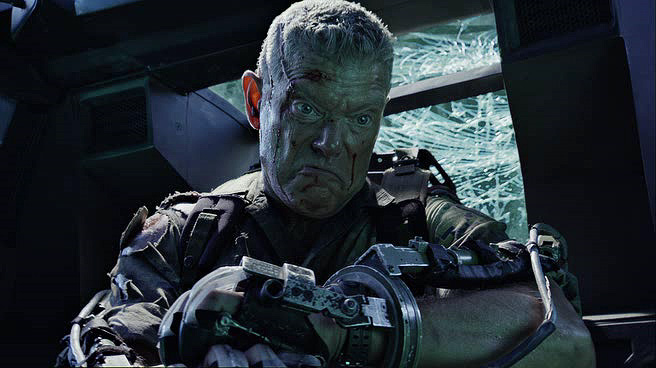 Oh well, that’s bound to happen when trying to make computers exciting. All things considered, I think Oliver Stone handled this task wonderfully; the final product is an intense film that will engage you either philosophically or emotionally throughout. Go see it and pay to do so!