I saw this a while ago so it’s not fresh in my brain. Therefore, I’ll keep this short. Basically, it was great and entertaining and had very sweet moments with Lum and Ataru. The Mulder & Skully “oh em gee they finally were romantic instead of at each other’s throats” type moments that are few and far in between in the regular series.

But this still felt like just an extended episode rather than a legit film. Of course, you have to already know the characters to enjoy the film, so watch the show first a bit. But the plots of each episode and each movie don’t intertwine. You just need to understand the social dynamic and appreciate the characters before watching one of the films imho. Once you do, you could watch any film, really. In which case, I’d suggest the 2nd film, “Beautiful Dreamer.” This one was just okay but still worth a watch. 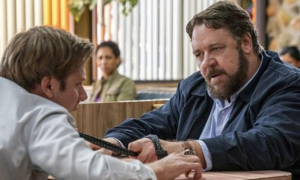