I was watching the film over the Christmas holidays, and now that I’m woke to the JQ I immediately had a hunch that the film was written by a Jew about his insecurities. The reason is because most Hollywood films champion the immigrant or outsider. I discovered this from a documentary / book called “An Empire of Their Own.” I highly recommend it. Here are relevant clips to help you understand how this relates to Rudolph and how I instantly knew Jews were behind the victimhood story:

Sure ’nuff, Rudolph was no exception: 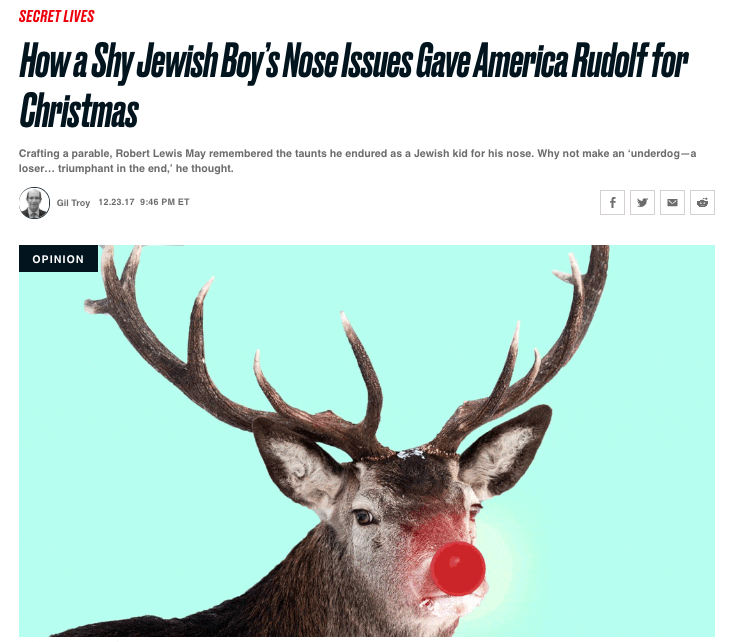 Here’s a link to that article, and a link to an Alt Right satirical article (NSFW) elaborating on Rudolph’s origins.

To be honest, I put the film on in the background for the children I was with. Therefore, I hardly payed attention and so I can’t expand much further. Oh well, you’ve probably already seen it.

It is very nostalgic and the claymation was done in Japan apparently. So you’ll be able to enjoy it, but not like you used to. Unfortunately it’s kinda’ too late to boycott, but I still say reject the victimhood subversion of our culture and refuse to buy the DVD.

Just watch it if it’s on TV.