This one is a bit tricky:
❌  It was produced by J.J. Abrams.
✅  They didn’t make Captain Kirk a black midget trans woman.
❌  It was directed by a Taiwanese-American and funded by a Chinese company.
✅  But in catering to a traditional Chinese audience they cut out a gay kiss.
❌  They added some cheesy “empowered” female characters showing men how it’s done.
✅  They were aliens so it doesn’t suspend your belief and they still made strong male leads.
❌  The overall moral of the story was “diversity is our strength.”
✅  The plot is ambiguous enough to leave to interpretation.

As I stated in the video below, China’s growing influence is bittersweet. I think it helps balance things out for sure. There are strong female characters but it’s not anti-male. There’s a diverse cast, but the Chinese don’t put up with virtue signaling and shoving LGBT agendas down the audience’s throat. A strong, white man is still the leading role without any self-deprecating slights adding into the script. Furthermore, (and we’ll never be able to verify this is 100% China’s influence but still), a black male is a bad guy.

Man, it’s sad that I am now happy when I see a black antagonist… Growing up, it was a nice mix. Sometimes the hero was black, sometimes white. You never thought about it. Sometimes the black characters were gangsta’ thugs, or posh nerds (e.g. Fresh Prince of Belair, Family Matters). It never felt forced and didn’t even pass my mind that one of my favorite shows as a kid was a “black show.” Maybe that’s my so-called “white privilege” showing, but if what’s happening now is “checking our privilege” then things were better off before… 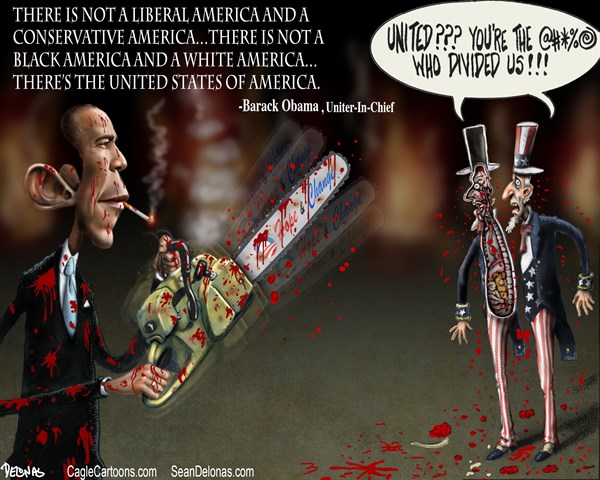 Due to (SJW race baiting and) Hollywood’s insanity, they’ve created a Pavlov’s Bell but with the opposite intended result. Instead of me associating black men with heroism and intelligence, (as I subconsciously did when watching stuff like Independence Day, The Matrix, Blade, etc.) Nowadays, I get a strong gut reaction encouraging discrimination one way or the other. If the black man is portrayed negatively I have a big sigh of relief. (Positive reinforcement.) If they are portrayed as scientists I am instantly annoyed/enraged. (Negative reinforcement.) Especially if it’s over the top and crammed in at the last minute like they did with Snowden or The Martian. And it’s Pandora’s box as well. Because even when Hollywood dials things back a bit like they were before, I am still super sensitive to “POC” portrayal now. It’s in the forefront of everyone’s minds so even non statements are statements. I’m sure if I went back and watched Urkel I’d be pissed off at their unrealistic depiction of the black family unit. *sigh* 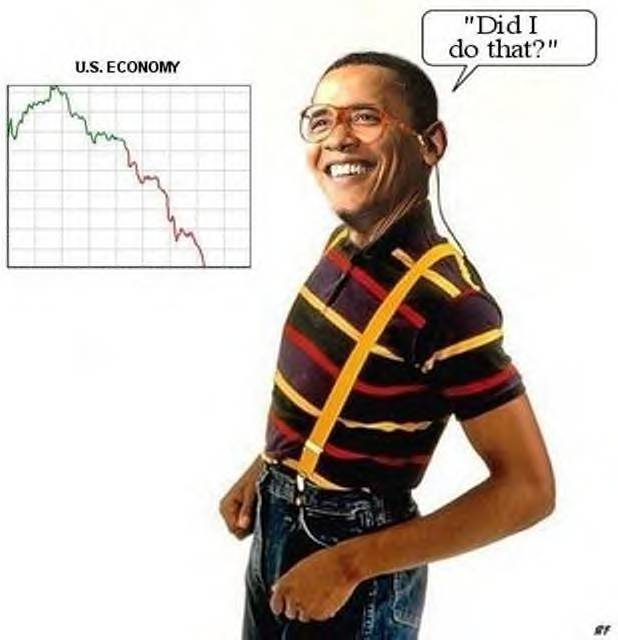 It’s up to you, but IMHO we gotta’ pick our battles. To be honest, it’s much easier to stomach their pandering to China’s audience than their SJW pandering. Because all it means is that there are more Asian actors and more Asian settings. Sometimes they make the Chinese gov’t save the day and that sh*t is boycott worthy, but in this instance there is no such thing. In the future, we all work together in harmony. Just one, unified human species. Which leads me into the whole progressive agenda topic.

The creator of Star Trek, Gene Roddenberry, was all about the progressive agenda. The biggest themes were all about optimistic humanism and social commentary about cultures/races getting along. They spearheaded the interracial and globalist motifs in movies. But like with all forms of art, their shock value fizzles with time. We take for granted that Kirk and Uhura kissed, or that there was a Russian crewman on board. But back in the Cold War/Civil Rights era, that stuff was a big deal. So to me, all of the diversity we see on set in 2017 just seems like a continuum of the series instead of reinventing it like with the feminist Ghostbusters reboot. Which, to George Takei’s credit, he actually fought against:

Takei tried to convince him to make a new character gay instead. “I told him, ‘Be imaginative and create a character who has a history of being gay, rather than Sulu, who had been straight all this time, suddenly being revealed as being closeted.'”
…
“I said, ‘This movie is going to be coming out on the 50th anniversary of Star Trek, the 50th anniversary of paying tribute to Gene Roddenberry, the man whose vision it was carried us through half a century. Honor him and create a new character. I urged them.”

Shocking that George Takei gets it, but thank you! That’s exactly it! Ben Shapiro sums it up best:

Sadly, the left has really screwed everyone in this department. Because no matter what you do, it’s “problematic.” The average nerd doesn’t care whatsoever about diversity so long as it doesn’t overshadow or twist the characters/plot we’ve grown a sentimental attachment to. But if we follow Takei or Shapiro’s advice and create new characters, then we might offend people for “tokenism” like Simon Pegg warns:

“He’s right, it is unfortunate, it’s unfortunate that the screen version of the most inclusive, tolerant universe in science fiction hasn’t featured an LGBT character until now. We could have introduced a new gay character, but he or she would have been primarily defined by their sexuality, seen as the ‘gay character’, rather than simply for who they are, and isn’t that tokenism?”

Ugh. (－‸ლ) There’s no winning. That’s why so many of us potential “allies” to the LGBT/Social Justice community are now just so sick of it that we are becoming true bigots. I used to see gay and lesbian couples in shows like HBO’s True Blood and think nothing of it. Now I see that stuff and I feel disgust. Thankfully, I hadn’t kept up with all this hubbub about Star Trek f*ggotry before seeing the film. Unless you’re in-the-know, the final product is a very subtle and brief scene that will go over most people’s heads. In other words, it’s safe to show kids. I had a hunch but waited ’til after the movie to google and confirm. My girlfriend was completely oblivious to it and just thought it was his uncle or something.

I guess that ambiguity is the best we can hope for from a Hollywood movie for now. Just as America teamed up with Russia to fight Germany, it looks like conservatives might have to team up with China to fight Hollywood… 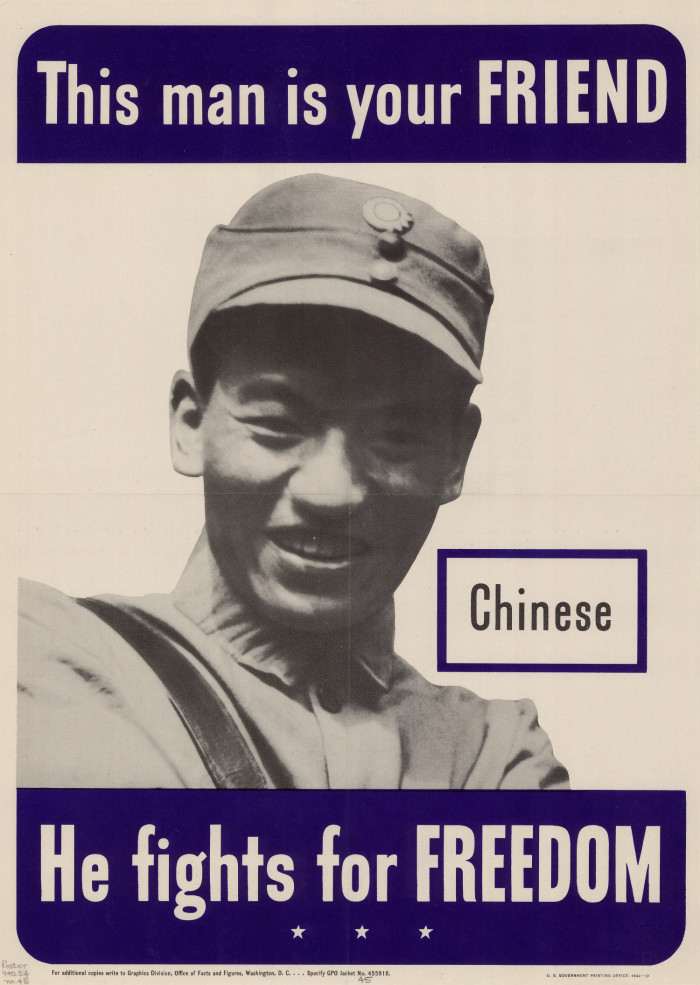 The decision to make John Cho’s character, Hikaru Sulu, a happily married gay man came with its own share of controversy stateside. But according to Cho, even the brief scene between Sulu and his family was cut down from a more romantic version. “There was a kiss that I think is not there anymore,” Cho told Vulture. (It’s not.) While co-writer Simon Pegg says the decision to cut the kiss was “not coy,” the resulting scene was certainly platonic enough to create plausible deniability. Thanks to interviews from members of the cast and crew, there’s no question, here in the U.S., that Sulu is gay. But China still has very strict censorship rules that mostly exclude any depiction of homosexuality on-screen. While the kiss may or may not have been cut out of deference to American values, it will certainly curry favor with Chinese censors.

“I feel like this movie is tailor-made for the Chinese audience,” said Lin.

I found a feminist site that said Cho might be lying and that the scene was never even filmed. I donno’ and I don’t care. Just happy things turned out okay. So, something else to take note of, is that you could argue that they encourage Spock to race mix his species into extinction without concern: 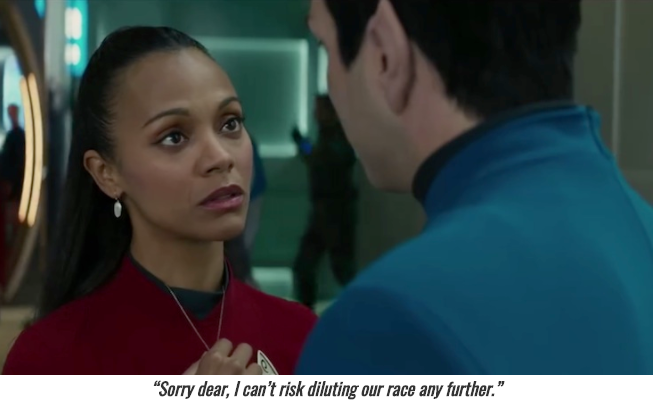 But it’s not definitive. Just a side plot with no conclusion. And it may be a big focus in the next Trek film. So hold your outrage. All things considered, this movie was surprisingly apolitical, which is why I gave it such a high rating. As far as action movies go, it’s pretty run-of-the-mill. Pretty good balance of CGI explosion stuff sprinkled in between quirky dialogue and character development. But as The Economist laments:

“Star Trek”’s producers now take their task of stripping politics out of their movie universe. The television series and some of the films studiously explored the big moral questions facing a bloc as diverse as the Federation, from the limits on cultural integration right through to how a peace-loving organisation should tackle imperial forces. The three most recent “Star Trek” films strip out these moral and global questions, and instead focus on how to stop bad guys who want to kill a lot of people.

This has me torn. The script clearly had very leftwing morals (like Arrival) about how nationalism is bad and organizations like the EU are great. The main villain was ranting about unity and you could read between the lines 100%, but dismiss it due to vagueness. No spoilers, but some parts could be even interpreted as rightwing.  For example, warnings about certain demographics not assimilating well and the need for strong borders. And it even addresses the risks of letting refugees in. Likewise, you could interpret some of the plot as being against endless wars. Not the cliché “love wins” & “give peace a chance” platitude crap, but it seems to recognize past wars (and some current battles) as necessary, but for the need to adapt with the times. The “America First” audience members can for sure get on board with these themes, considering our recent track record in the middle east, and our possible cooperation with Russia to fight ISIS. And lastly, one of the plot points could be interpreted as not being anti nationalist, but anti-hivemind or anti-groupthink. Lots of wiggle room in this one. 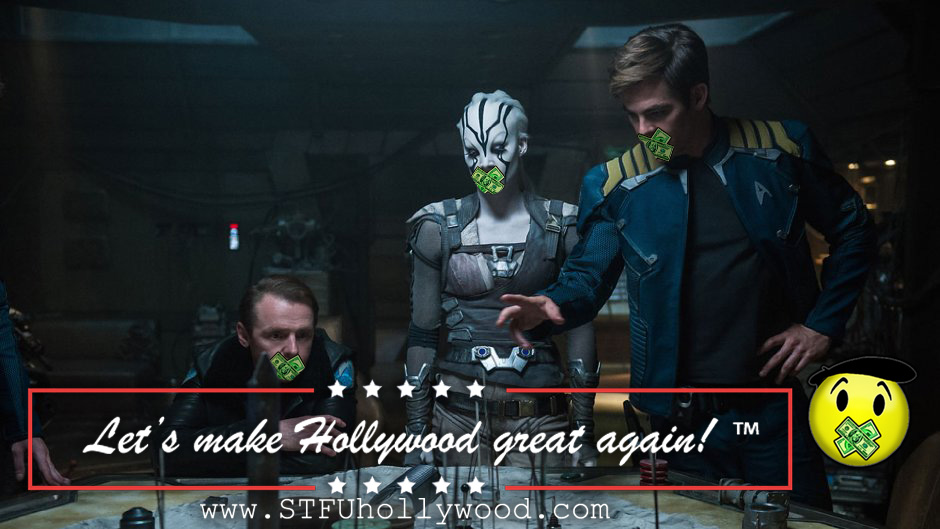 I absolutely love that they are trying to keep Star Trek apolitical. But it seems like they wrote a leftist indoctrination manifesto, and then afterwards had producers come in and hack away at the liberal BS until only the bare bones were left. Rather than starting with an apolitical vision from the get-go. For this reason, the end result suffers and I have to agree with The Economist a bit. The philosophy behind the film was as emaciated as a Chinese political prisoner. Oh well. We gotta’ pick our battles. If starving the script of depth means less liberal BS, then keep up the good work, China.

Commend their efforts to tone things down and pay to support this film.