This was the first movie that pushed me into making this site. I had been living abroad for a while and hadn’t kept up with new movies and their trends. I remember hearing about the “Boycott Star Wars” hashtag and thinking it was silly. After all, who cares if there’s a black guy or a woman in it? 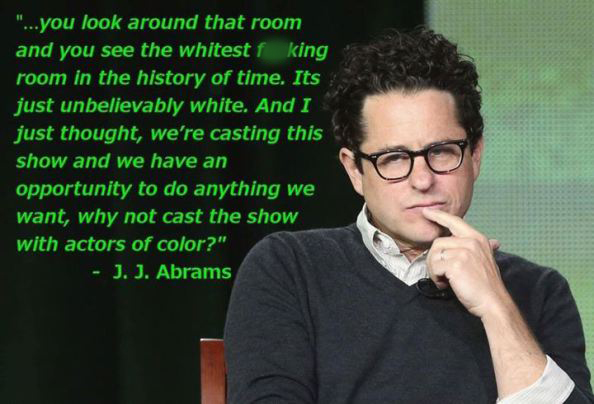 But then when visiting home I saw it and was severely disappointed. I kept waiting for things to get good. It just got worse with each scene. The only white men in it were evil pieces of sh*t. And everybody’s already known that the Storm Troopers were supposed to be nazis. But at least before, the parallels were somewhat subtle. Now they all of a sudden have red banners and a roman-type salute jammed in there. It’s not about diversity, it’s about shoving an agenda in your face.  (－‸ლ)

It took an hour to see a single white man and when you do it’s a blue-eyed blonde man, maniacally ranting and raving with veins popping out of his forehead. JJ Abrams’ agitprop couldn’t be more obvious if he tried. Just absolutely horrible writing.

I get it. It’s a pendulum swing from George Lucas’ racial stereotypes from the previous films. And let’s be honest, unless you’re a die hard Star Wars apologist, George’s aliens… let’s say…lacked depth. 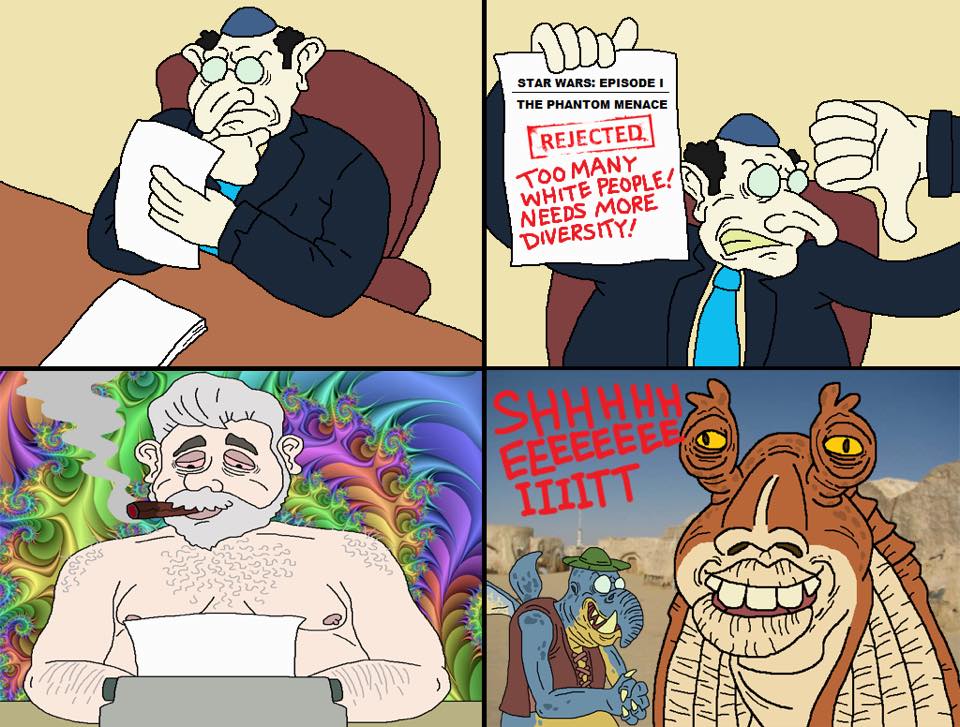 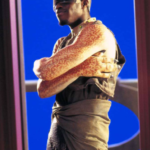 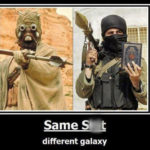 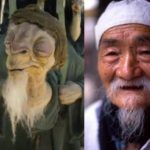 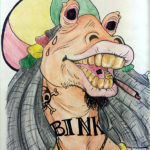 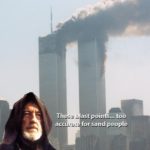 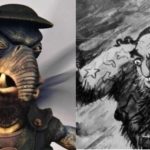 Which is why I was hopeful about this movie before seeing it. I thought things would just be more balanced out. Nope. Without giving away too much, the entire plot is just everything in reverse. HARD reverse. Like broken transmission, Tokyo drift, flip 20 times, land in a ditch and start on fire kind of reverse. Instead of having a normal Will Smith black guy, this one had to be the farthest thing from even the slightest inkling of a racist stereotype. So he is a super effeminate pacifist with no athletic abilities at all. At one point he tries to save the girl protagonist in a chase scene, which ends when she kicks so much ass that his jaw literally drops in astonishment at how much of a feminist bad ass she is.  ◔_◔

And then they made Han Solo a sad divorcee type father figure past his prime. Even he isn’t allowed to be cool anymore. Which could have been a cute gag if it wasn’t shoved down our throats with all the other anti-white stuff. Being a physically unfit doddering old man wasn’t enough. He had to be emasculated in terms of his beloved Millennial Falcon too. I’ll let you guess which of the new “diverse” characters knew more about his ship than he did and had to help him. Either way, the message was clear: f**k white men.

Now, you may think I’m crazy if you’re not as upset about this new Blaxploitation 2.0 fad we’re going through as a society. Maybe you’re right. Many of my peers who noticed the PC stuff just ignored it and enjoyed the action. But even so, many left wingers and run-of-the-mill Star Wars nerds were upset at how easily one of the Jedi characters achieved such a high skill level in such a short time.

No spoilers, but surely this forced agenda of trying to empower “diversity” characters has soiled the script. Gavin McInnes said something to the affect of, “They tried so hard to make the black guy non threatening, that he had the personality of a dish rag.” Which is really a shame, because the original Finn seemed pretty cool… 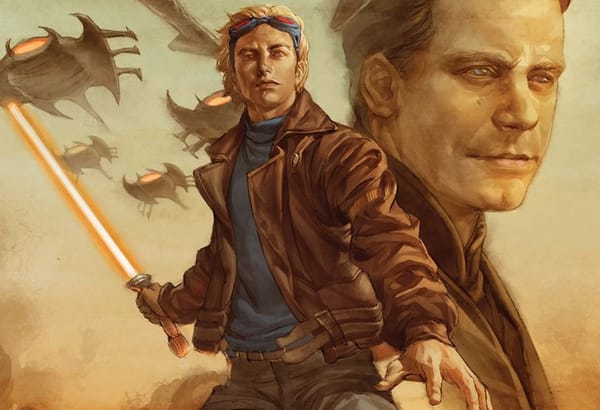 And apparently, making him black wasn’t enough, he’s gonna’ be gay too… Does that mean he actually is a stereotype since he was such a sissy throughout the film? Bet that’ll piss off the majority of African Americans who are openly homophobic without remorse, as well as trigger the SJWs for being “problematic.” Hmmm, maybe they’ll just make Luke gay instead. 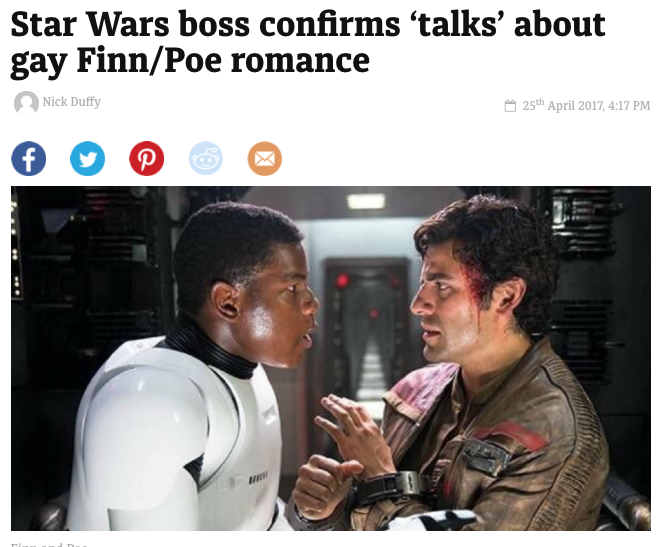 Boycott this film 100%. Star Wars movies never flop because it has such a cult following and cultural legacy surrounding the brand. Even the prequels everyone hated made good money. Which is why you can be sure that you’ll see this movie at a friends house or on TV eventually if you haven’t already. DO NOT rent it online or buy the DVD.