Just before watching Little Miss Sunshine I listened to a fitting podcast that touches on rightwingers and beauty, because of my review of Doctor Dolittle 2. And I’m tellin’ ya, you gotta’ listen to these sections of the podcast, because they perfectly summarize the motives behind Little Miss Sunshine and every film like it:

When I first heard his crude, (and strangely poetic), analogy I laughed out loud. It was so absurd and harsh I couldn’t help it. Perhaps because there was truth in what he said and it was an uncomfortable schadenfreude burst of laughter. Anyway, just a day or two after listening to that, Cosmo decided to put this land whale on their cover: 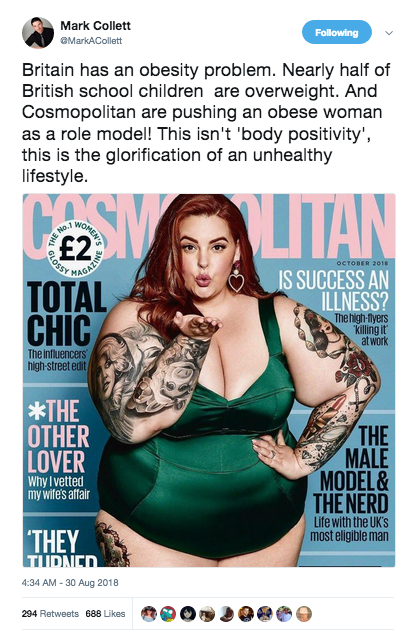 This is nothing new, and if you look at who’s pushing the _____ acceptance agenda, you’ll find that the guys above are spot on with their takes. And it’s especially true of Hollywood. This is something I discovered while rewatching Heathers after looking into the people who made it. When you ask yourself how things got so crazy in 2018 with trannies and freaks galore, just go back and watch some old films. Hindsight is 20/20, and it’s clearly incrementalism at work, boiling us frogs alive.

TL;DR from my Heathers review:

And an update for Little Miss Sunshine:

So what kind of hideous monsters are behind Little Miss Sunshine? I could post some unflattering pictures to support my narrative, but in all honesty my sleuthing found that the screenwriter and directors of Little Miss Sunshine aren’t hideous gremlins. They actually seem pretty cool and they have a good track record with the art they produce. But they are progressive weirdos and it shows. 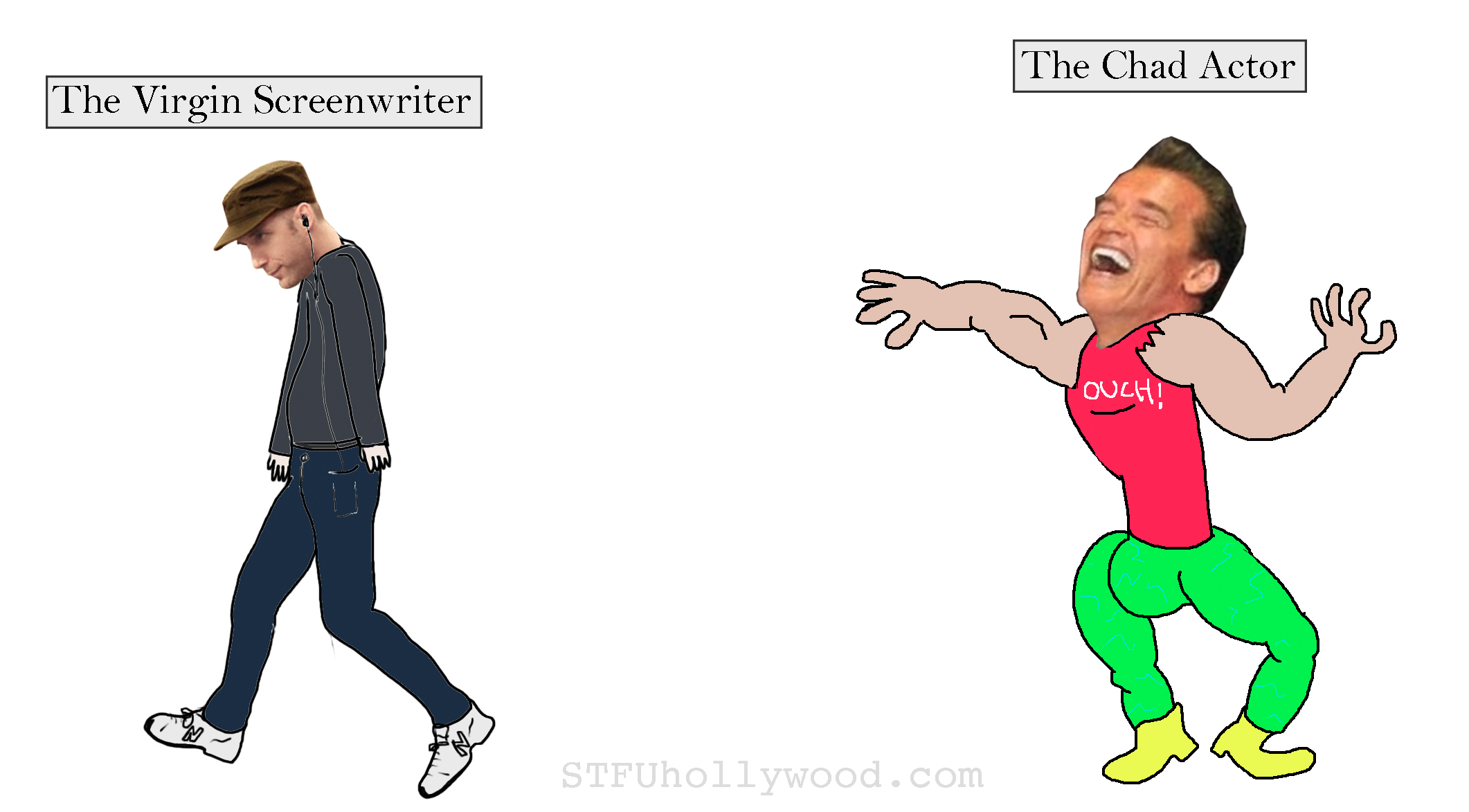 I tracked down the original Arnold article that triggered Arndt and it’s exactly what you’d expect. Granted, the “despise losers” line does sound harsh, but with the full context it’s nothing worth fussing about. Schwarzenegger starts off by encouraging the chess nerds, joking about how they intimidate him and are “the true heroes.” And he ends the speech by saying, “it’s not how much you make, but how much you give.” Real run-of-the-mill pep talk stuff, no? 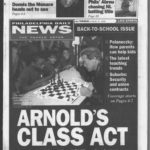 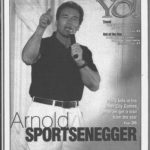 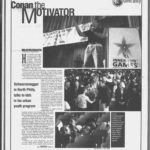 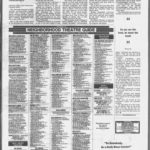 And I’ve seen some of Arnold’s other speeches that mirror the Little Miss Sunshine‘s X rules for success bit. But the funny thing is that I used to listen to these speeches at the gym, because I found them so motivational that I’d play ’em over and over when I needed an extra boost. Whereas the screenwriter was repulsed by them and not inspired in the least. And much like a game of telephone, by the time this beta interpretation of Arnold finally got filtered through everyone in the studio, the script went from an already anti-Chad slant to an insanely anti-Chad one: 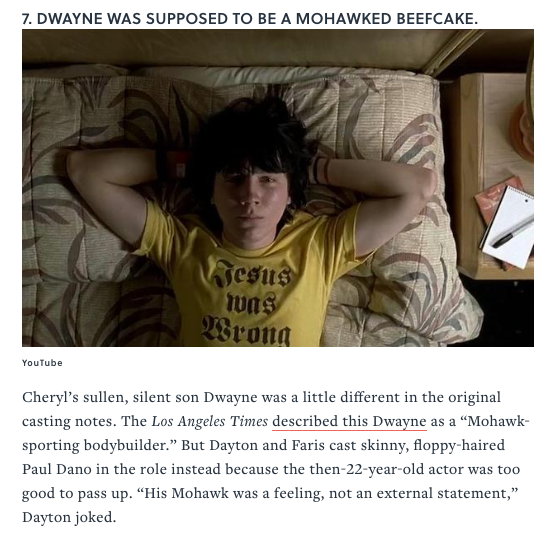 Apparently a similar wringer process happened when they hired him to write Star Wars, btw. Allegedly Arndt is gay and that’s part of his “woe is me” persecution themes. Whether those are rumors or not, he was still clearly a progressive – just not progressive enough for the regressive anti-whites who run Hollywood it seems. By the end of the filming process he was fired and they hardly used any of his original script. We’ll never know exactly what went on behind the scenes, but in the interviews regarding script changes to Little Miss Sunshine, he said the studio wanted the father’s character to be more in-depth, whereas Arndt wanted him to just be a one dimensional comic relief. On the other hand, with Star Wars Arndt apparently made it too much about the likable Luke Skywalker patriarch and JJ protested. So that begs the question, would Little Miss Sunshine have been more or less anti-Chad if it remained true to Arndt’s initial vision?

To the man’s credit though, he does write amazing scripts. And to be fair, I think most leftists have good intentions with all this egalitarian fantasy crap. I don’t think they had any clue it’d get out of hand like it has. Nevertheless, watching this film  a decade later is very different knowing what I know now. It’s much harder to see it as a cute and inspirational movie. Instead I view it as one of the seeds planted that lead to the anti-fat shaming, genderless blob of a society that we live in now.

You literally cannot deny the grace, beauty and power of the harbingers of the #BlueWave who will #GrabHimByTheBallot pic.twitter.com/kgk1z1r50y

Not sure if I’d go as far as Greg Johnson would, because I think criticizing the status quo is essential for a healthy society to progress, and history shows there is a natural cycle/pendulum swing with pros and cons on both sides. But at this point I’m just so jaded it’s hard to appreciate Hollywood’s culture of critique.

Maybe that’s mainly because the film is dated… I remember being on the forefront of the body positivity shift. I love ｔｈｉｃｃ  girls and would always encourage women to feel confident with their curves. But then every disgusting goblin in society jumped on the bandwagon and soiled the movement. 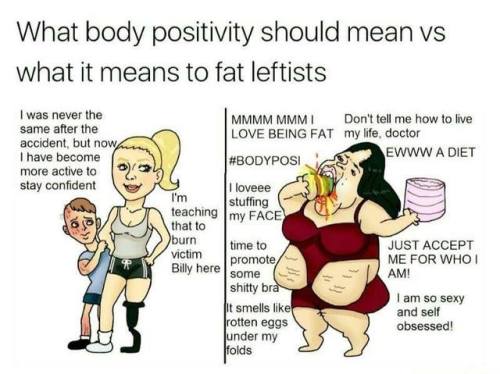 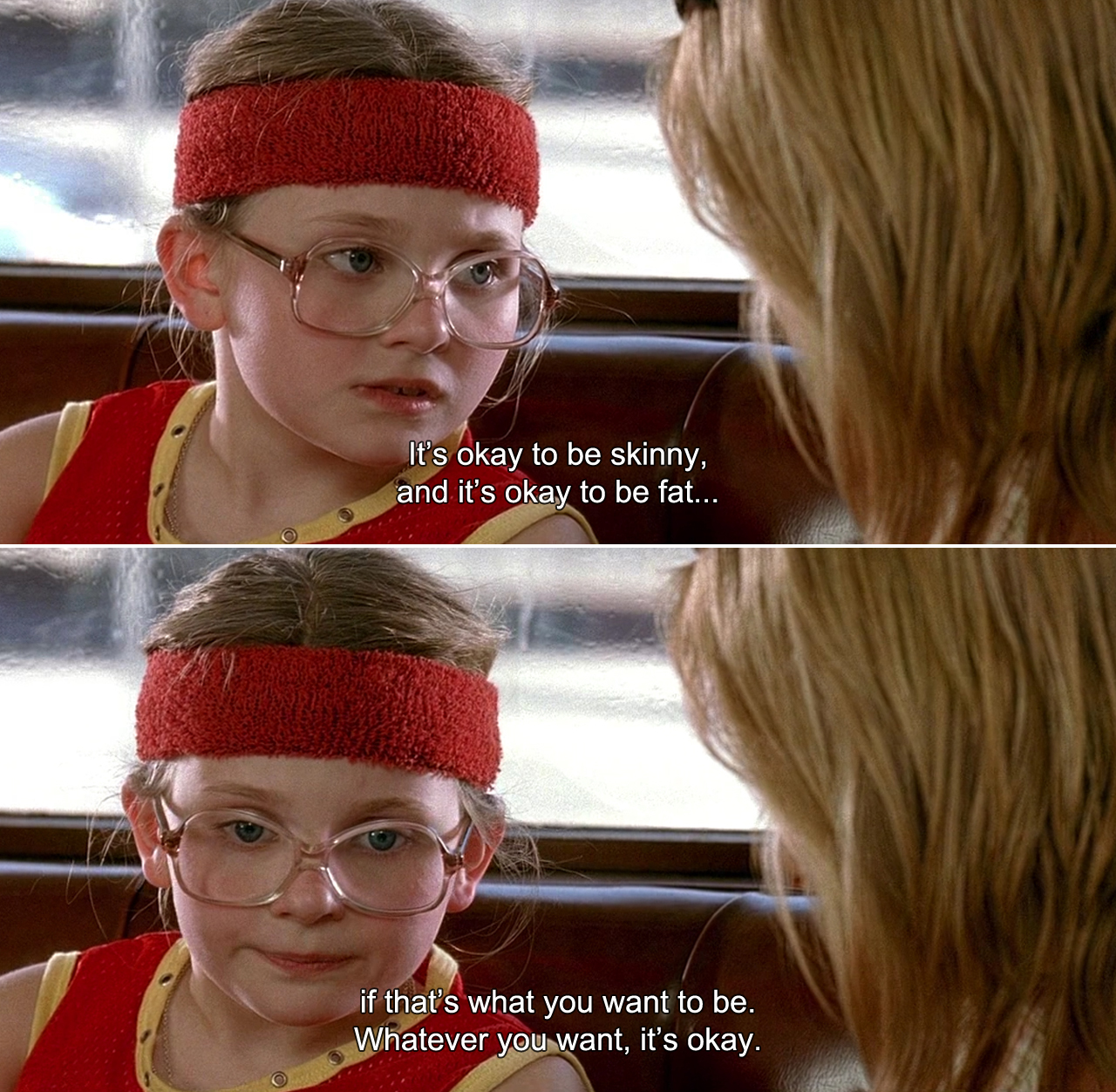 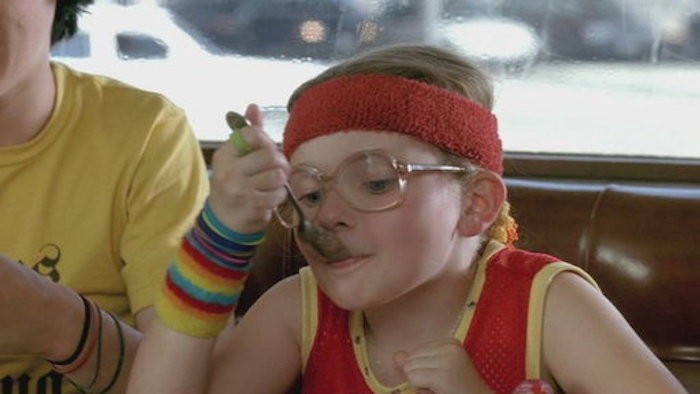 If you can think of this film as a criticism of modernity, and focus on the family values aspect, it’s great. Do your best to think about how a good family will stick through thick and thin, and have unconditional love for each other. Think of this as an attack on the bizarre and grotesque children’s beauty pageant phenomena in America. Likewise, realize that any decent parent would encourage their prepubescent child not to care about their body image, especially when they are healthy and only have a little baby fat like the film’s star had. With these things in mind, (and combined with the amazing cinematography, acting, chemistry, and soundtrack), Little Miss Sunshine is still worth watching and supporting.